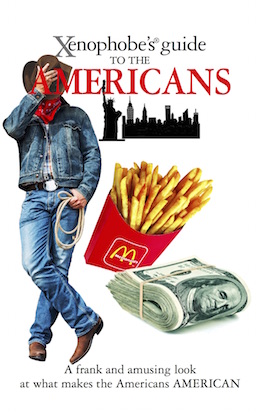 What makes the Americans AMERICAN: A witty guide to the views and values that constitute the American dream.

American popular culture is the most popular pop culture ever invented.

If you would like to comment or submit a review on the Xenophobe’s Guide to the Americans please do so in the box to the right.

You think the English and Americans share a common language? Here are some expressions to make you think again! 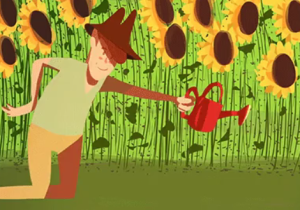 Ever wondered what the map of the United States would look like if the physical size of every state was matched with its population? Click on the map to see a bigger version and then look for familiar states like New York and Florida. 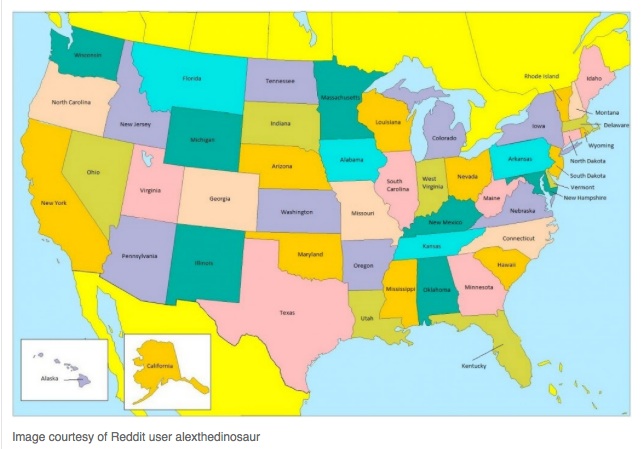 A true product of American hybrid vigour, Stephanie Faul is half Czech immigrant, half Connecticut Yankee, with a German-speaking grandmother and cousins in Canada, England and Switzerland, and a penchant for African music, Vietnamese food, Italian footwear, Siamese cats, and English novels.

She is a freelance writer, editor and journalist and lives in Washington, D.C. Growing up in the nation’s capital has given her a unique perspective on the foibles and quirks of her compatriots and taught her rather more than she wanted to know about politics, cocktail parties and hyperbole. It has also confirmed her belief in Bismarck’s remark that ‘Laws are like sausages; it’s better not to see them being made.’

In many ways she feels typically American – curious, outspoken and practical – but atypical attributes include a distaste for shopping and television and a marked preference for walking instead of driving, which in her neighbourhood is usually faster anyway.

Her current ambition is to visit all 50 states. She has only ten left to go, but at a walking pace this could take some time.