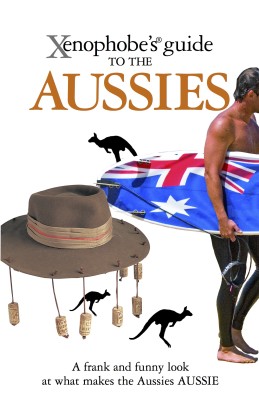 By Ken Hunt and Mike Taylor

What makes Aussies AUSSIE: An irreverent guide to the character and attitudes that gets down under their skin.

For Australians, too much sport is never enough.

If you would like to comment or submit a review on the Xenophobe’s Guide to the Aussies please do so in the box to the right.

Who gave us the pre-paid envelope? The Aussies of course! and what else? 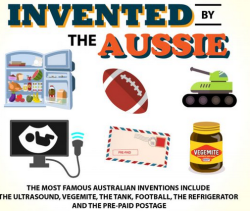 Some weird facts about the Aussies 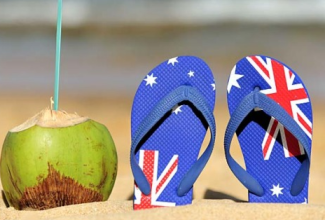 The Australian Department for Sarcasm 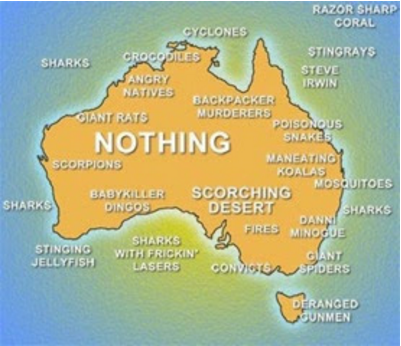 The Xenophobe’s Guides are all about cultivating cultural awareness, this video was brought to our attention by the radio station, Fox 101.9 in Australia.

In fact, there are two authors:

Joseph Kenneth Hunt is called ‘Ken’ partly because his father is called Joe. Had Ken been called Joe, he’d have been nicknamed ‘Little Joey’ (which is a baby roo). In fact it turns out that his father’s name is not Joe but Percy – Percy Joseph Kelly Hunt – and he was called Joe because his real name would also have made his younger days intolerable. It further transpires that Kelly is not the family name. Joe’s father was press-ganged by the Royal Navy, jumped ship in Portsmouth and assumed the name Kelly.

Ken has led a varied life. He managed a dodgem track, picked fruit, spent time as a messenger boy, a painter, an accountant and a business consultant, and also owned a general store. A rover at heart, he has travelled widely in Europe, Canada, America, China, Russia, Asia and big-time islands like Jersey, Guernsey, the Isle of Man, Grand Cayman and the Bahamas. He claims the fact that the latter are all tax havens has made no difference whatsoever to his appreciation of them.

Mike Taylor has spent about half his life in Australia. He has been a postman, a research chemist, a patents examiner, science policy adviser, international bureaucrat and energy economist. At one time he was head of the Conservation and Renewable Energy Technology Section of the Department of Primary Industries and Energy in Australia and so could proudly introduce himself as ‘the chief CRET from DOPIE’.

His boss counselled him that he could rise high in ‘the circus’ (Australian Public Service), provided he curbed his irreverent sense of humour. Fortunately, a strong sense of the ridiculous proved to be no barrier to success in consulting, which resulted in early retirement to his own little bit of paradise on the Queensland coast.