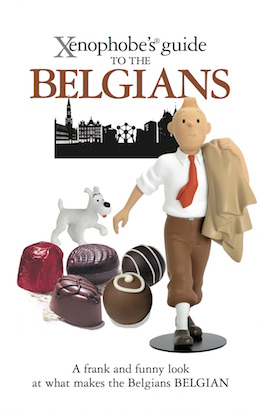 What makes Belgians BELGIAN: A witty guide to the beliefs and behaviour that define the Belgians. 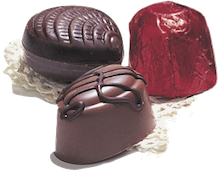 Belgians are avid collectors – with museums devoted to chicory, chips, birds' nests, tombstones and even underpants.

If you would like to comment or submit a review on the Xenophobe’s Guide to the Belgians please do so in the box to the right.

In no circumstances should you wear a red hat on Antwerp’s main shopping street. Myth or fact? Have a look at some strange Belgian laws. 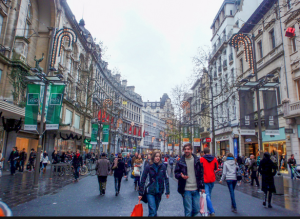 Those Belgians have a sense of humour!

As a youth Antony Mason had almost no contact with Belgium, apart from hitch-hiking through it on the way to somewhere else. On one trip he and his travelling companion were picked up by a friendly Belgian driver who drove at top speed and insisted on turning round to address long pieces of conversation to the back seat. This reinforced certain prejudices about Belgian driving, which, along with other prejudices about the Belgians, the author has been monitoring closely ever since and, one by one, shedding.

The task has been greatly assisted by having met a beautiful Walloon whom he married. They now live in London with their Anglo-Belgian son, but make frequent visits to Wallonia, Brussels and Flanders with ever-increasing pleasure.

Author of more than 80 books on travel, exploration, history, antiques, architecture, house plants, volleyball, espionage… It was his Cadogan City Guide to Brussels, with Bruges, Ghent and Antwerp, the product of three years’ work, which tested the forbearance of his Belgian family to just short of destruction. He feared that the present book would prove to be the last straw. But like true Belgians, they have displayed admirable tolerance and total bemusement with the whole enterprise.