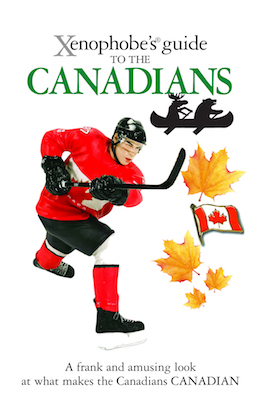 What makes the Canadians CANADIAN: A guide to understanding the Canadians which reveals a patchwork quilt of peoples with a culture that sets them apart from their American neighbours. 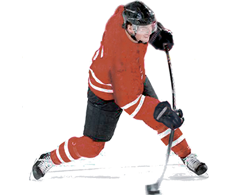 Canadian travelers sport maple leaf pins on their jackets and backpacks in the belief that it will identify them as NOT Americans.

If you would like to comment or submit a review on the Xenophobe’s Guide to the Canadians please do so in the box to the right.

My moose is bigger than your moose. For 30 years, the Canadian city of Moose Jaw took pride in displaying the world’s largest moose statue. This has been challenged by Norway’s steel statue of Stovelgen or ‘Big Elk”. Mac the Canadian Moose needs another 31 cms to regain his title.

Where will this end?

There is more to the Canadians than just snow. Just click here for 15 funny facts 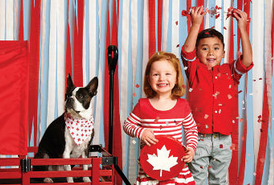 Why visit Québec City in the depths of winter you might ask? The city receives up to 400 cms (13 feet) of snow per year and the average daily high in December, January and February is only -5.9°C (21°F). 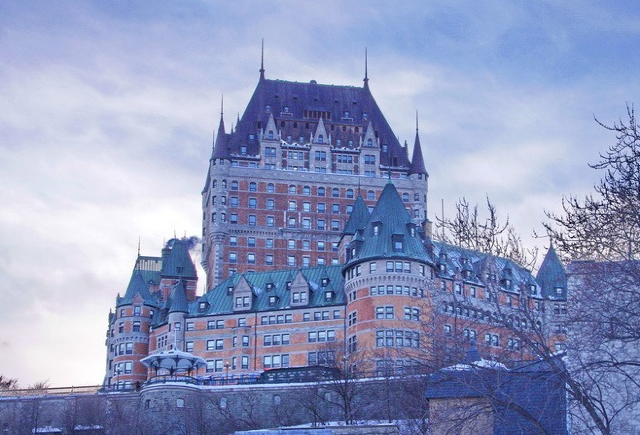 The son of two pastors, Vaughn Roste grew up on the prairies of Alberta’s Bible Belt and in the mountains of BC. He also lived for a while on a dairy farm in Quebec, where he quickly realized that he didn’t speak French nearly as well as the Canadian educational system had lead him to believe that he did.

A career, nearly a decade long, of living in a tent every summer and planting trees acquainted him all too well with Canada’s wilderness and wild life. It also enabled him to pay for three degrees (one in theology and two in music) and to explore his own and other nations. His travels, often on government or church sponsored programmes, have taken him through the United States and Europe and on to Israel, Colombia, El Salvador, Australia and Togo – all the while proudly sporting his maple leaf pin.

He is currently teaching at a university in Oklahoma while completing a doctorate in music at Louisiana State University. He claims that his continuing residency in the United States is part of an ongoing patriotic plan to raise awareness of Canada throughout the world. In fact he does so in order to avoid shovelling the walk.

Peter W. Wilson is a director and arbitrator in a management and labour relations consulting business, married to a Canadian-born British barrister. He was born in the Ottawa area and blossomed over time into the quintessential Canadian always fighting for the underdog.

Having substantially advanced Canadian unity by convincing as many as would listen that the best parts of their culture were whatever they themselves were not – he moved to England. Whilst extolling the virtues of all things Canadian to the British and all things British to the Canadians, he is careful at all times to point out that he is NOT American.

Snow, when it happens, results in his rushing into the nearest park to take photos and to snowshoe. His time is otherwise occupied in a dauntless search for tortières, fresh corn on the cob, and someone who can make a pumpkin pie.