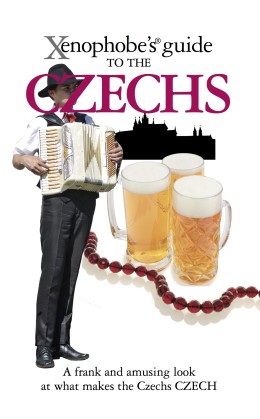 What makes the Czechs CZECH: A guide to understanding the Czechs that goes beyond the banal.

Czech beer is not just a lubricant. It’s a source of national pride.

If you would like to comment or submit a review on the Xenophobe’s Guide to the Czechs please do so in the box to the right.

Ladies – watch out for Easter Monday – there’s trouble ahead! 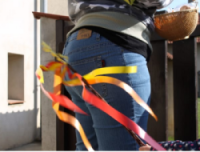 Ten things you didn’t know about the Czech Republic, check them out here.

And click here for some interesting comments by Marie Swaenepoel.

In fact, there are three:

Petr Berka demonstrated in front of the guns of Soviet tanks as they entered Czechoslovakia – in his mother’s womb. His childhood was like Happy Days and The Fonz: Very Cool, but at 18, to avoid fighting against Western Imperialism via compulsory military service, he found himself very unwell for years.

In the meantime, he studied biology and anthropology, his graduation thesis being ‘What do the Brits and the Germans think about the Czechs?’ He then began working as a city guide in Prague to explain to foreigners that his compatriots might not be quite as they seem.

Aleš Palán’s highest qualification is from driving school, having passed with distinction after only five attempts. Under the Communist regime he used his creative forces to the full working as a navvy, acquiring the skills necessary to build a really impressive cottage.

A writer and journalist, his books are based on interviews with prominent Czech personalities. In view of the fact that many of his subjects died during the writing of them, there is an extraordinary interest in his services. Every Czech publisher knows exactly who he should be interviewing next – ideally without delay. Should the reader have any tips, he is more than willing to consider them.

Petr Št’astný, entrepreneur, graphic designer, artist and translator (www.pstastny.eu) claims that his most challenging and enjoyable creative project of recent times has been the transcription of a clutch of Xenophobe’s® Guides into the Czech language.

As a youngster, he enrolled at art college in the expectation that nude models would be provided. His disillusionment wasn’t helped by the Soviet invasion so he decided to do a runner. He put on some slippers and was off, running (and stumbling) from one continent to the next (an idea later copied by Tom Hanks).

After a brief stop-over in Britain that extended to a couple of decades, he returned to Prague in the hope of getting a refund on his slippers. He is still waiting.