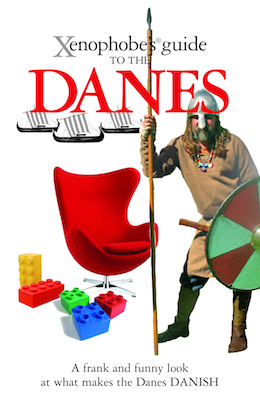 What makes the Danes DANISH: A guide to understanding the Danes that highlights their character and behaviour with warmth and wit.

Danes co-operate. LEGO derives from the Danish for ‘play well’, and this is just what the Danes are good at.

If you would like to comment or submit a review on the Xenophobe’s Guide to the Danes please do so in the box to the right.

‘Scientists have found that Viking men took significant numbers of women with them in their longboats when they sailed to places such as the Scottish mainland, Shetland, Orkney and Iceland – contradicting the stereotype of male-only raiding parties with an unhealthy appetite for rape and pillage.’ Click here to read more.

The Danish word “hygge”, pronounced “hoo-ga”, is usually translated into English as “cosiness”. But it’s much more than that, say its aficionados – an entire attitude to life that helps Denmark to vie with Switzerland and Iceland to be the world’s happiest country. So hooga hoody and click the image below to find out more. 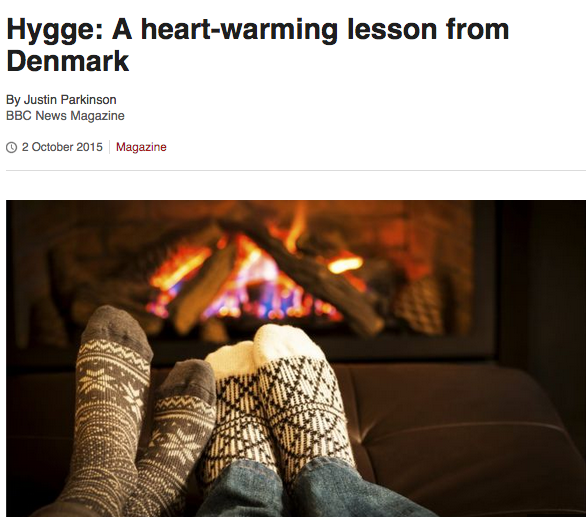 Folks around the world might be transfixed by the Danish Noir thrillers on Television, but back home in Denmark their favourite killers can be found not on the stark landscapes of Denmark but the idyllic village settings of Midsomer Murders. 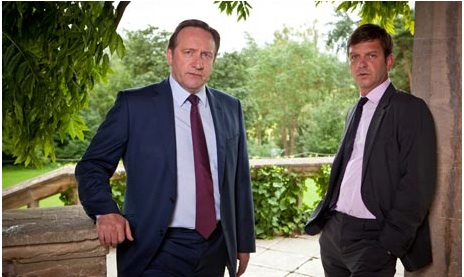 In fact, there are three:

Helen Dyrbye (née Pearce) grew up in Ormesby – a place of Viking origin whose name means worms’ village – on the east coast of England. Her career as PR assistant for the Scout Association was diverted by marriage and relocation to Denmark where, after two years of glottal stopping and starting, she began her own English language consultancy. She now specialises in translation services.

A divorced mother with three lovely sons, plus a Danish fiancé, she believes herself pretty well integrated into Danish society. However she is still hopeless at combining the flamboyance of Danish open sandwiches with the practical limitations of packed lunch boxes. And despite the earnest efforts of various Danes to persuade her, she remains unconvinced by the idea that Danish longships contained peace-loving settlers who were kind enough to give the English natives a language.

Steven Harris was working for a multi-national in Brussels when he was moved to Copenhagen for 12 months’ ‘rotational’ training. He went on rotating in Denmark for ten years. He knew he had mastered Danish when people stopped telling him how well he spoke it.

He now lives in England with his Danish wife and three children, and works from home as an intellectual odd-job man – translating Danish into English and doing market consultancy in the legal and publishing worlds.

Thomas Golzen was born and brought up in London. He went to Denmark to work as a professional musician for three months in 1987, and never left.

After much travelling and a bewildering array of emergency jobs he settled in Copenhagen, where he still lives with his Danish partner and their three children. A graduate from the National Danish Film School, he is a freelance screenwriter and partner in a Danish advertising agency called Recognition. He also enjoys earning an occasional extra sixpence by twanging the guitar in his band, The Luminous Blue Variables.