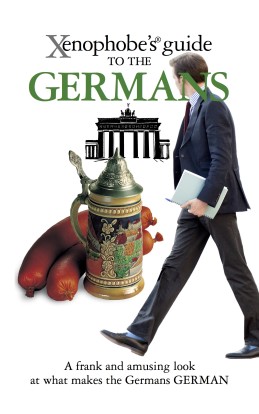 By Stefan Zeidenitz and Ben Barkow

What makes the Germans GERMAN: A wickedly satirical guide to understanding the quirks and traits of the Germans which dispels some preconceived notions about them and upholds others.

The Germans take their humour very seriously. It is not a joking

If you would like to comment or submit a review on the Xenophobe’s Guide to the Germans please do so in the box to the right.

Is this the wurst hotel ever? A local butcher has opened a hotel in Bavaria dedicated entirely to sausages. Bratwurst bed bolsters and sausage themed wallpaper. Luckily there’s a sausage vending machine if you suffer from night starvation. 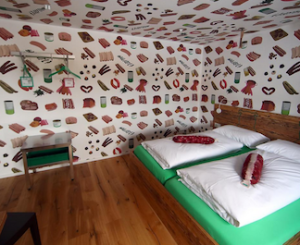 German words with no English translation 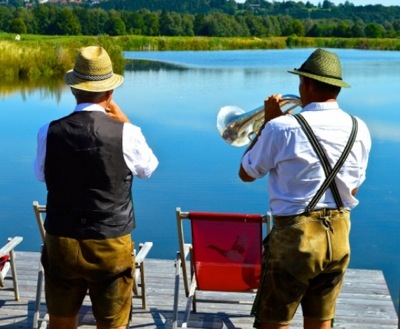 Annual polls that rate which nations have the worst lovers always cause consternation to those ranked top. This year the Germans can kiss their reputation goodbye. 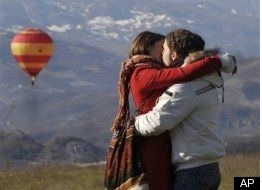 Benjamin Nicholaus Oliver Xavier Barkow is a German of the old school. Born in Berlin in 1956, he spent his formative years lobbying to have a wall built through the city because he strongly disapproved of the way the Socialists pegged out their laundry.

With this achieved, he moved to Hamburg, but finding it such a well-ordered place, moved swiftly to London. What he found there has so appalled and fascinated him, he is unlikely ever to leave. After a tempestuous and Angst-ridden adolescence, he studied humanities (in the vain hope that some of it would rub off). For most of his adult life he freelanced as a researcher and writer. One published assignment was a history of the London Wiener Library. At the time, he had no idea that some years later he would find himself in charge of it.

Despite being a chronic sufferer of Kreislaufstörung, which no herbal remedy has yet cured, he soldiers on in the hope that one day he will understand why people don’t understand him; at which point he will take his Seele out of pawn, move to the mountains and begin work on his cherished project, Wagner, the Musical.

Stefan Zeidenitz is descended from an old German family of Anglophiles who sadly failed to catch the last Saxon long-boat to Britain by some fifteen hundred years.

He has compensated for missing the boat by immersing himself in Far Eastern studies and promoting Japanese culture in England, English culture in Germany and German culture in Japan. In consequence, his sense of direction is sometimes slightly distorted.

The effortless superiority he encountered while teaching at St. Paul’s School and Eton College has not yet superseded his Teutonic temperament. But he is working on it.