What makes the Icelanders ICELANDIC: A guide to understanding the Icelanders which delves beyond cod and curiosities to reveal their character and values.

Icelanders would almost prefer to live in a cardboard box than do without the latest gadgets.

If you would like to comment or submit a review on the Xenophobe’s Guide to the Icelanders please do so in the box to the right.

How did an Icelandic chant become a trademark! The Icelandic Hú! became famous at the UEFA championships in 2016 when the Icelandic fans did a Viking clap accompanied by a war cry, “Hú.” It seems that somebody bought the trademark Húh! and according to the Icelandic Patent Office the word Hú! and Húh! are the same. So it therefore it is no longer 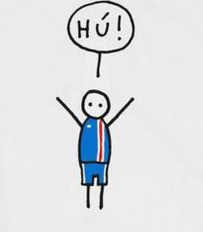 permissable to produce items such as t-shirts featuring a cartoon of a man wearing the national team shirt saying “Hú.”

The Icelanders have come up with a novel way of slowing cars at pedestrian crossings by creating the illusion of an elevated pathway. 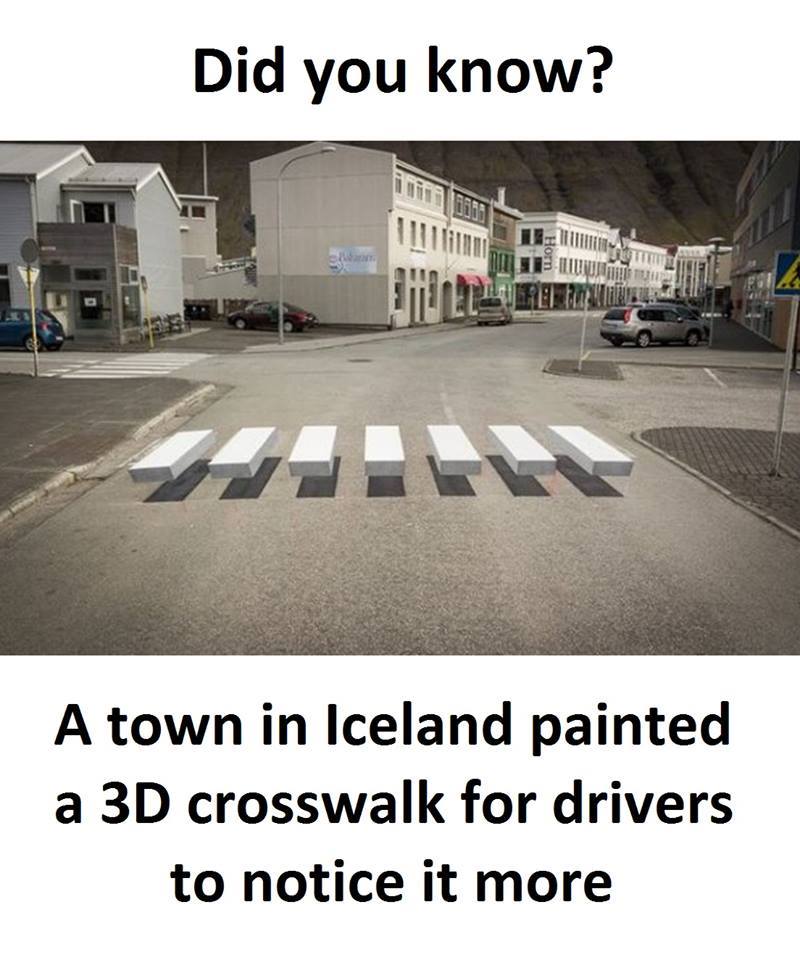 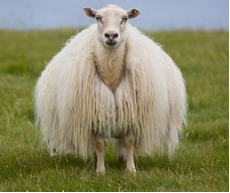 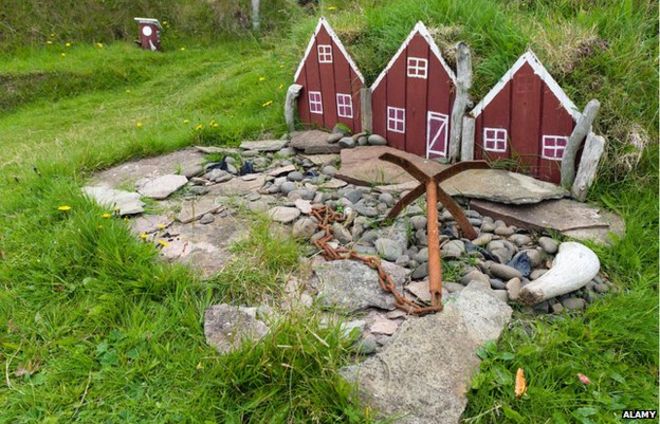 Elf expert Ragnhildur Jonsdottir at the Hellisgerdi Elf Garden says that elves are horrified at the idea of a new airport at Hvassahraun which a steering committee has concluded  is the best candidate. She points out that the area is a thriving community of elves and hidden folk.  Click here to read more. 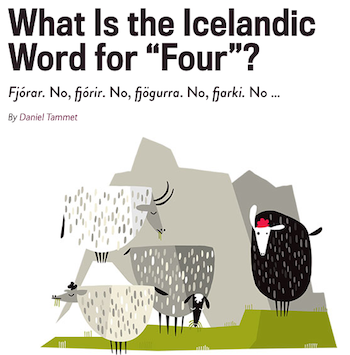 To find out about the Icelanders’ unique way to number things click on the image of sheep.

The beautiful Icelandic tradition of giving books on Christmas Eve. 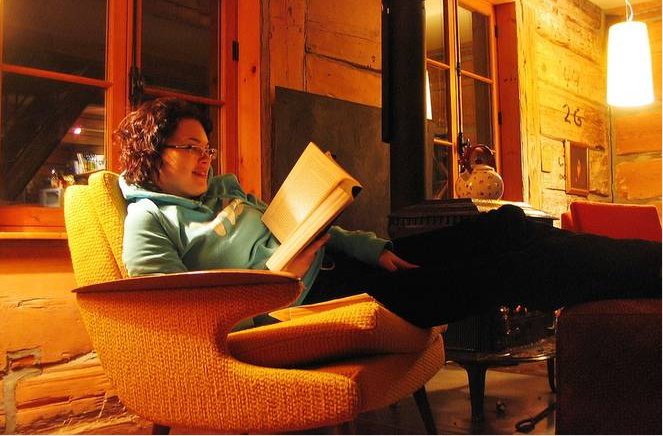 Richard Sale was born in England’s West Country – reason enough to feel sympathy with all minorities who speak with strange tongues. Being quite good at sums he took a degree in theoretical physics and a PhD in astrophysics, and then sought a job in glaciology in order to be nearer his first great loves, snow and ice.

He is now a travel writer, specialising in wilderness areas, most particularly the Arctic. He fell in love with Iceland the first time he saw it – barely, through the fine rain that was falling – and has been going there, summer and winter, ever since. Despite frustration by its weather he is endlessly fascinated by its mixture of landscapes, its bird life and its people (though not always in that order). Happily, the elements and birds combined to win him and co-author Eugene Potapov the prestigious US Wildlife Society’s Book of the Year Award for their work, The Gyrfalcon – the white Arctic falcon, the world’s biggest. He would like to thank several Icelandic friends for their (sometimes inadvertent) assistance with this guide. Sadly, none of them is willing to be identified.