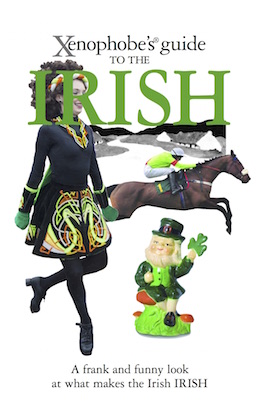 What makes the Irish IRISH: A guide to understanding the Irish which explores their humour, shenanigans and stout hearts. 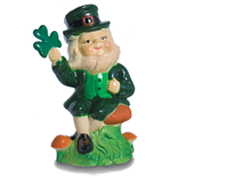 The colourful phrase just comes to them naturally –

If you would like to comment or submit a review on the Xenophobe’s Guide to the Irish please do so in the box to the right.

Frank McNally was born close to the border between Ireland’s two political jurisdictions, a fact that puts him in the unique position of being equally distrusted by people on both sides. He grew up on a farm, but as with many young men, there came a time when he could no longer resist  the lure of the big city. Unable to find one in Ireland, however, he moved to Dublin.

Shrewdly, he spent much of the depressed 1980s working for the unemployment section of the Department of Social Welfare. It was an exciting time for welfare in Ireland, with record growth in all the main schemes. But it couldn’t last. By the end of the decade, it was clear the glory days were over.

He left the civil service and spent some time travelling, hoping to find himself. Sure enough, while on a visit to Thailand, he found himself short of money and needing to go home and get a proper job. He turned to journalism, where he learned to cut a long story short. He now works for The Irish Times, for which he writes on subjects including parliament, the peace process, and the annual invasion of his kitchen by ants.