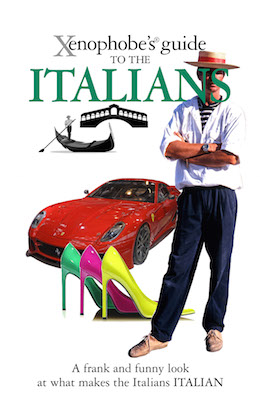 What makes the Italians ITALIAN: A witty guide to understanding the Italians which reveals their character, values and much amore

If you would like to comment or submit a review on the Xenophobe’s Guide to the Italians please do so in the box to the right.

The Xenophobe’s Guides series is produced to promote cultural awareness and understanding. Here our own author Martin Solly provides a quick look at some things that are seen as most typically Italian. 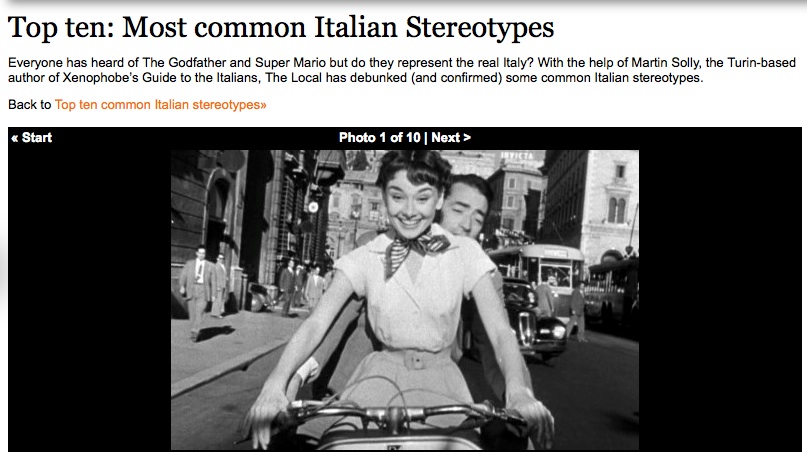 Brought up in England, Martin Solly first became enamoured of Italy as a student, staying with his amici in a superb farmhouse complete with swimming pool. The red-earthed landscapes of Tuscany, Renaissance culture, Chianti and mouth-watering tortellini and zucchini convinced him that the Italians enjoyed the ultimate in sybaritic living.

After working on farms, and in bars, restaurants, bookstores and schools, he settled in Piedmont with the intention of improving his knowledge of things Italian. He little realised this would include a local girl and, ignoring the old Italian saying Moglie e buoi dei paesi tuoi (‘Choose your wife and your cattle from your own backyard’), he married her and stayed.

Still happily ensconced in the area and the author of numerous books on linguistics and the English language, Solly has never lost the habit of looking around for the queue. He does, however, admit to a distinct penchant for the Alfa-Romeo, and to only ever wearing Italian ties.