What makes the Welsh WELSH: A guide to understanding the Welsh that explores their nature and outlook with wit and warmth. 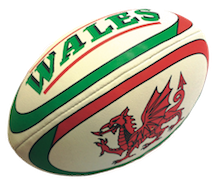 Welsh pride is real pride – the sort that requires no justification or excuse.

If you would like to comment or submit a review on the Xenophobe’s Guide to the Welsh please do so in the box to the right.

Would you like to read some funny stories? Open this link and laugh at the best of Welsh humour. 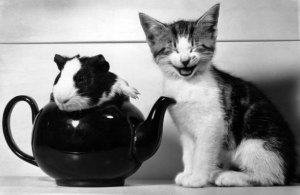 You’ll never guess what makes the Welsh so Welsh!

John Winterson Richards has Welsh parents and was born in Cardiff, the capital of Wales, in no less a place than Saint David’s Hospital.

Despite this most promising start, he turned out badly. It was soon discovered that he possessed a singing voice like a frog, he enjoyed drinking French red wines even when beer was available, and the nicest thing ever said about his attempt to turn himself into a tolerably mediocre loose-head prop forward was that his ‘enthusiasm for rugby greatly exceeds his skill’. Obviously he was unfit for the company of civilised people. He was therefore exiled to England.

Whilst suffering this, the greatest punishment that can be inflicted on any Welshman, he got himself educated and studied to become a lawyer (being too lazy for medicine and completely unsuited for the Church). Living with the English for several years so broadened his mind that he became a rabid Welsh nationalist.

Finally overcome with hiraeth, he returned home and set up a management consultancy with the aim of bringing enterprise and prosperity to his fellow countrymen. Since few of them appear to be interested in enterprise or prosperity, he has had limited success to date. This is probably just as well: had he actually succeeded, he would have caused far more offence than his singing ever did.